It was a beautiful day in Turners Falls for a family-fun D.I.Y. soapbox race, with competitors coming from as far away as Glastonbury, CT, and Scotia, NY.

Thirty racers pit their metal, and sometimes duct tape, against each other for trophies and glory. In our mind, every one of them is a winner for having built something with their own hands (or in some cases, borrowing a cart built by someone else's hands) and racing it down the hill in splendid derring do action.

This race had it's share of high performance speed, and spectacles of creative hilarity. Ben Twilliger reported that his GPS watch app showed that he had hit 38.1 MPH at the bottom of the hill, when he had the left lane. That may be a new record! And Eric Matt of Newfane, VT, rode a metal structure with a triangular rear wheel, an engineering marvel, followed by Thomas TorToriello in his Octo Box, a giant red undersea creature with an octopus crawling around on its head.

Below you will find the speed results for the two heats, and photos of various the trophies. 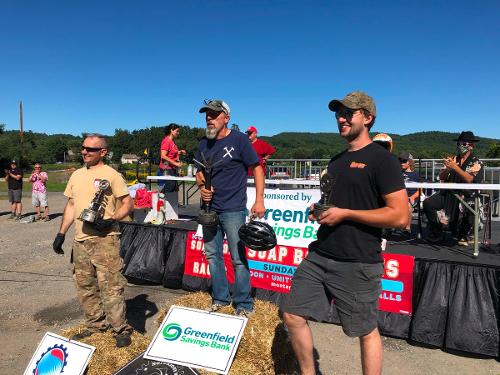 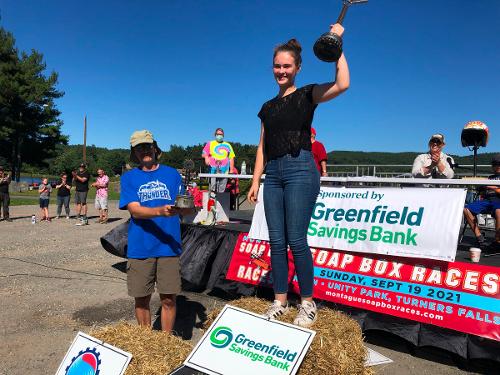 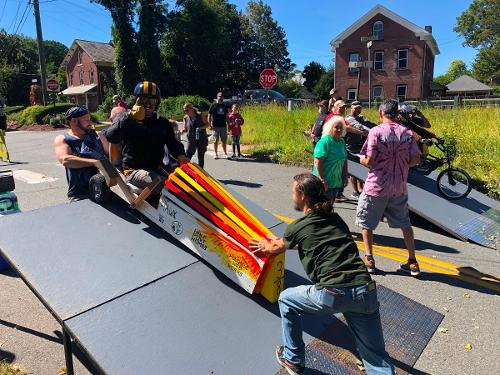 Ben Maillioux in the Hawk, top of the ramps 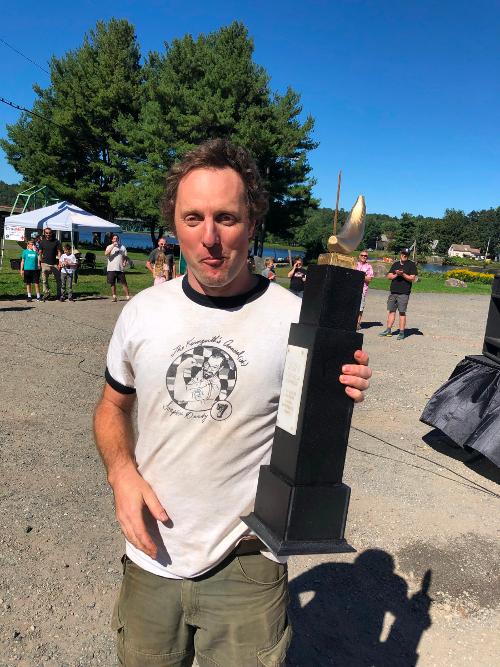 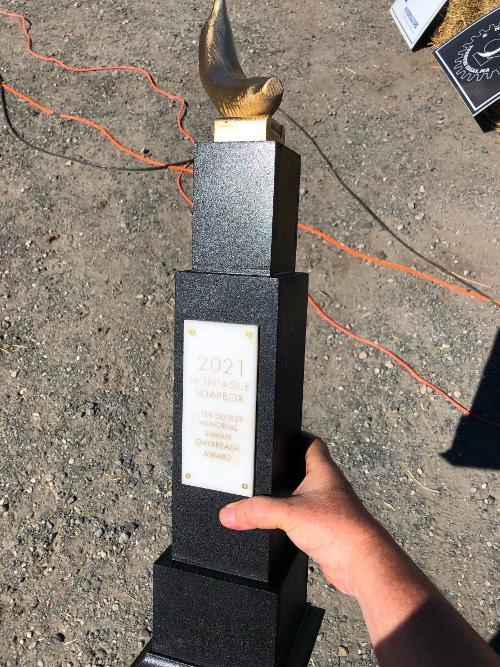 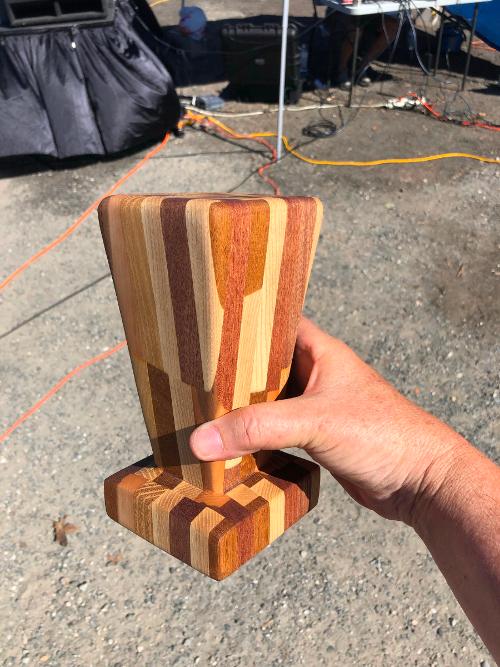 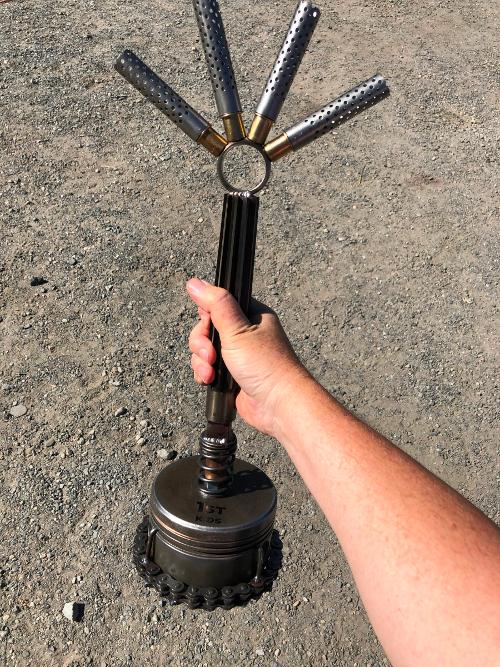 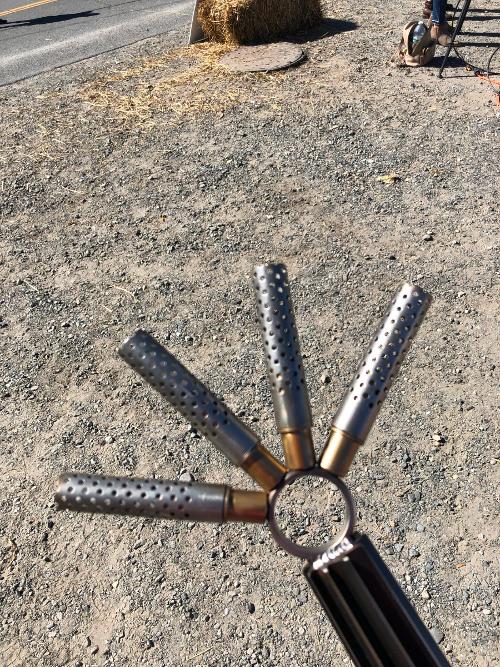 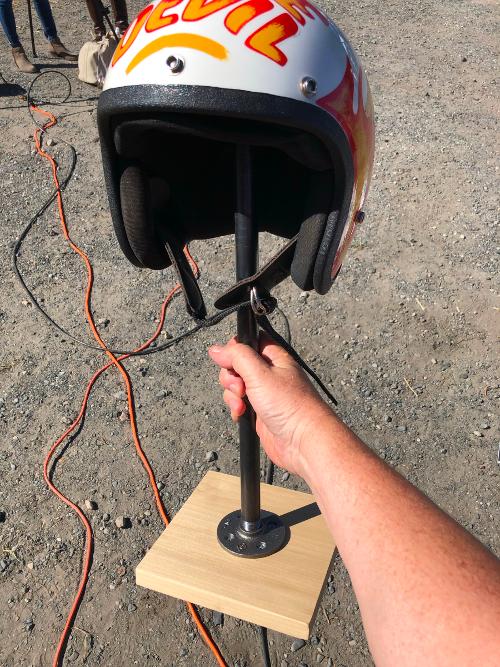 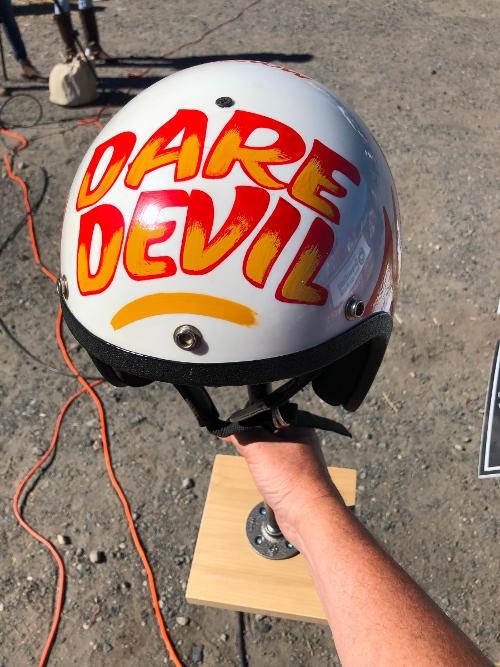 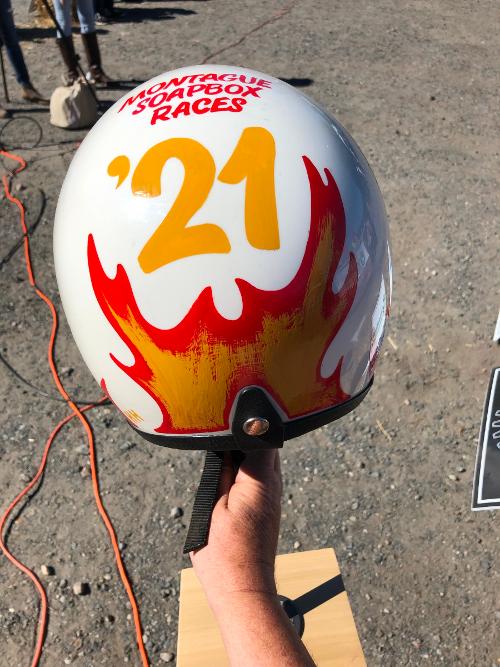 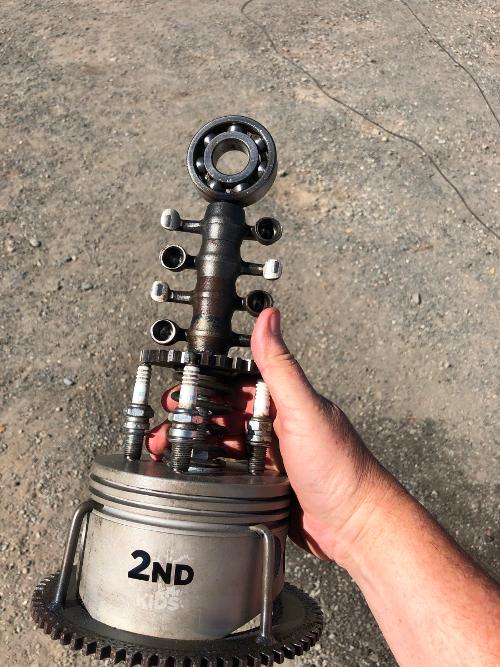 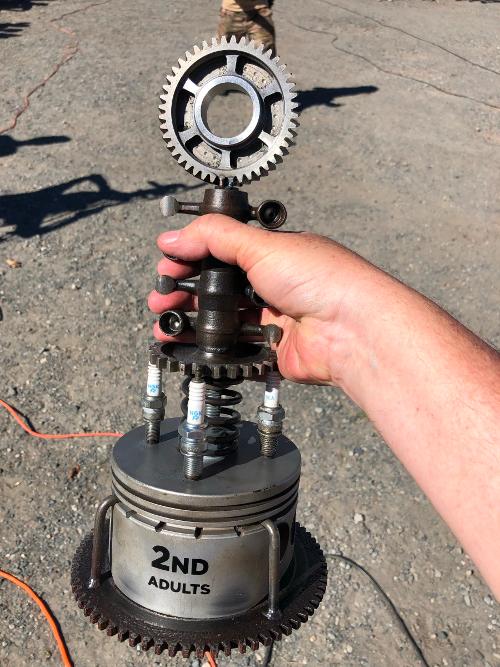 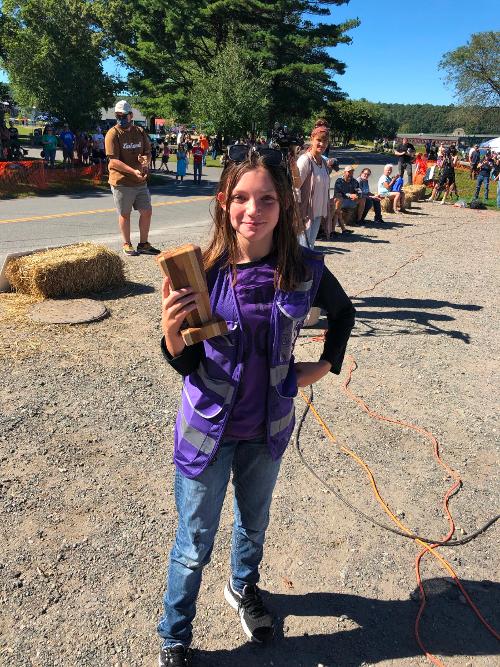 Winner of the Most Exciting Cart