The race committee thanks our presenting sponsor GREENFIELD SAVINGS BANK, and specifically John Howland, who has been a champion of the soapbox races in our area. Turners Falls Airport was a platinum sponsor, and also lent us the professional walkie talkie radios. NOVA Motorcycles gave of their time and resources including the posters and the venue for cart inspections, as well as Facebook marketing. Montague WebWorks provided the scales, hosted the website, did promotion, and provided historical knowlege. Greenfield Solar donated their solar truck for power -- the whole event, including the Public Address and MCTV's cameras were powered by their solar truck! Lastly, we thank Paul Wonsey for the PA system, and all the volunteers, including the large crew from 253. We would also like to thank Montague Community Television (MCTV) who took three-camera video of the whole event. Thank you all! 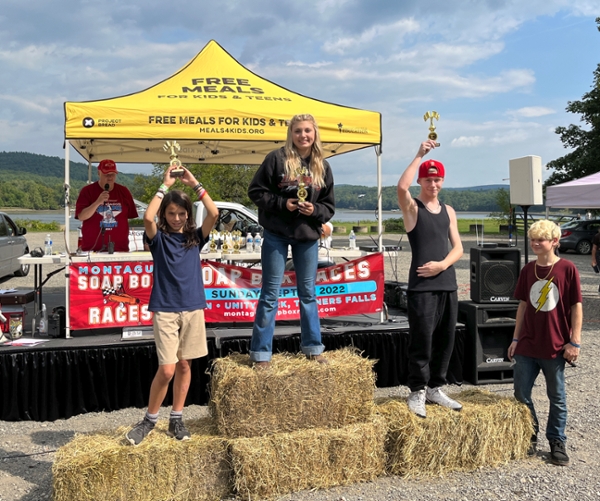 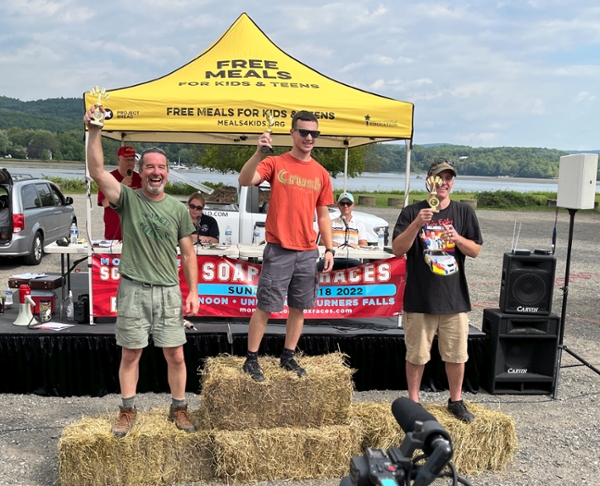 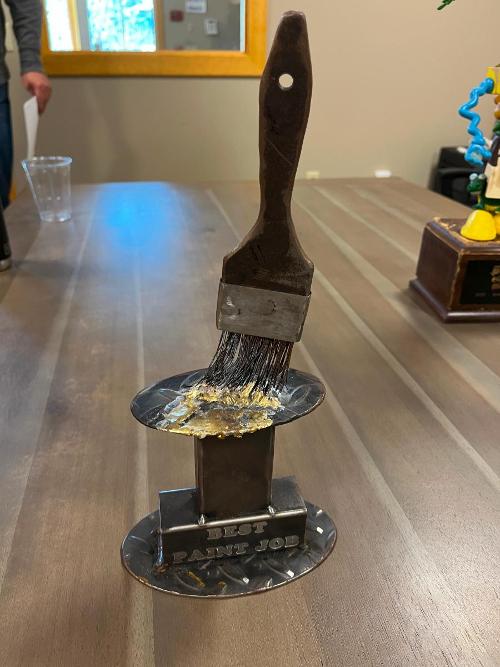